At New York Medicine Doctors, our team can help diagnose and treat some of the most common women’s health-related conditions!

Regardless of what stage of life you are in, as a woman, receiving specialty care for issues based on your gender should be a top priority. When you’re dealing with serious and sensitive medical issues, it’s important you’re able to work with a team you can trust.
At New York Medicine Doctors Dr. Molly McBride and Dr. Tamara Guichard, our gynecologists, will always have your best interests in mind. They’re committed upholding a high standard of excellence when it comes to women’s health and will provide it to you when you’re in need.
Schedule An Appointment With Our Team 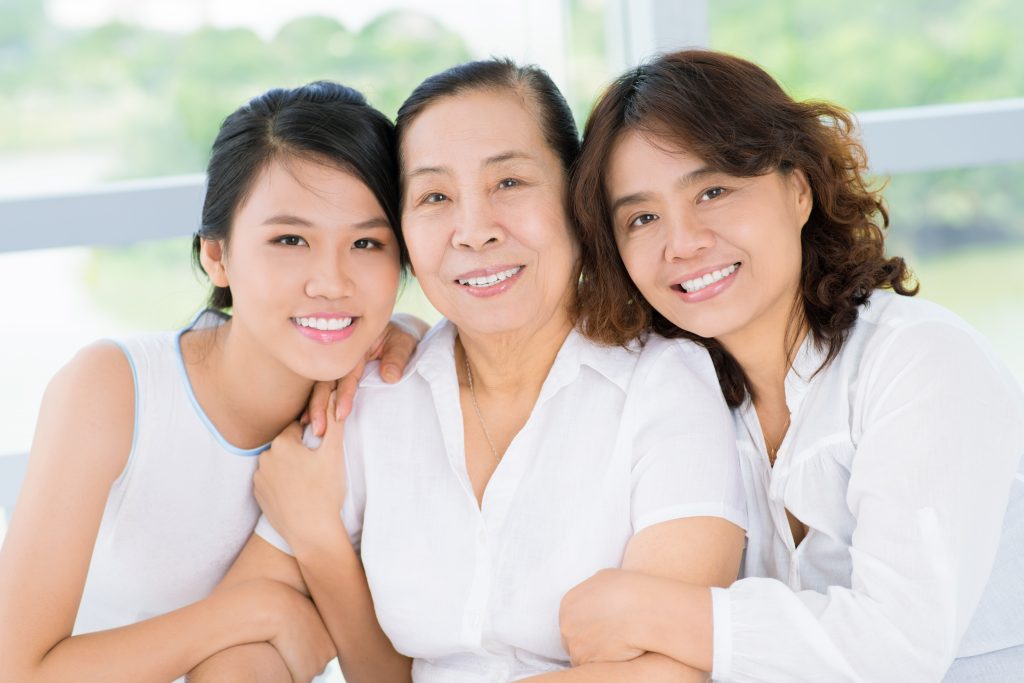 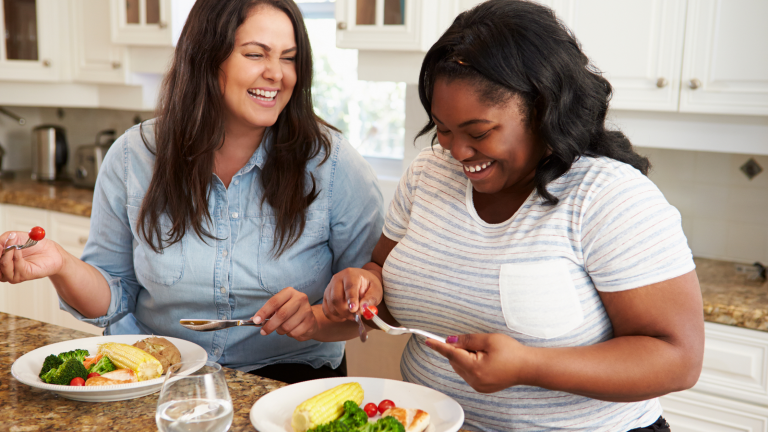 Even if you feel healthy, it is still necessary to visit your primary care physician regularly to catch any irregularities in their earliest, most treatable stages.

Get The Right Nutrients

Researchers at Brown University Medical School found that many women, including most young women ages 20-35, eat more fast food than they did in their teens, and therefore are missing out on key nutrients in their diets. In addition to eating a variety of nutrient-rich foods, women should make sure to get enough:

In combination with maintaining a balanced diet, staying active is key to keeping a healthy weight and preventing a number of chronic health conditions from occurring on down the line. Studies show women who are active may reduce their risk of breast cancer by 37 percent, osteoporosis by 45 percent and heart disease by 14 percent. For optimal health, strive to engage in at least 2.5 hours of moderate-intensity aerobic activity each week. Include a variety of workouts to exercise a full range of muscles, such as yoga, walking, running, high-impact weight-bearing exercises and resistance exercises.

Did you know more women die from lung cancer than breast cancer? Smoking is the main cause of lung cancer, and nearly 20 percent of women age 25 to 44 smoke. Smoking raises risk for heart disease and stroke, and can even negatively affect your reproductive health and the safety of your pregnancy. If you don’t already smoke, don’t start. If you do smoke, you aren’t alone. In fact, 70 percent of women who smoke want to quit. Talk to your physician about smoking cessation aids and support groups.

While it may feel unavoidable at times, lack of sleep can affect a woman’s health and wellness in the short- and long-term. There are many complex factors that affect how women sleep, such as life events, bad sleep habits and hormonal changes. Sleep deprivation is linked to a number of chronic health conditions, including hypertension, cardiovascular disease, depression, diabetes, obesity and cancer. Set yourself up for a healthier future by striving to get the National Health Institute of Health’s suggested 7 to 8 hours of sleep for adults each night.

More Tips For A Healthier Future!

March is a great time to commemorate the achievements of women in medicine and the progress they have made in medical science. 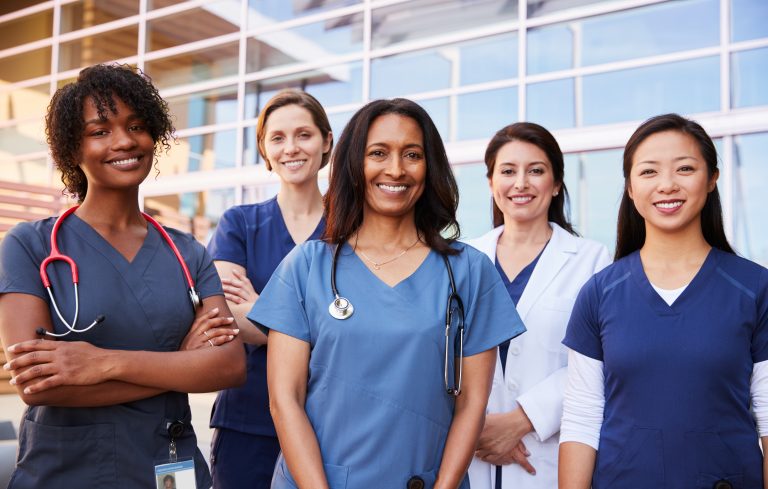 For many years, men were consistently recognized and admired for their medical achievements and breakthroughs. While it was not easy for the initial pioneering women to break into medicine and leave their mark, with perseverance and hard work, they paved the way for more women to gain recognition in medicine.
For decades, various female-activist groups advocated for the inclusion of women’s history in classrooms across the nation. It wasn’t until 1980 that President Carter issued the first Presidential Proclamation to declare a National Women’s History Week. By 1986, 14 states were honoring women’s accomplishments throughout March, and a year later Congress officially declared March as the National Women’s History Month. Today, galleries, memorials and museums across the nation are commemorating the contributions women have made in American history and contemporary society.
In 1860, there were only 200 female physicians in the United States, but today there are more than 376,000! Although it was challenging, the following five exceptional women have made major contributions to the field of medicine. From breakthrough pharmaceuticals to advanced research discoveries, these women helped shape the trajectory of U.S medicine and deserve applause for progressing healthcare in America!
Elizabeth Blackwell (1821 - 1910) 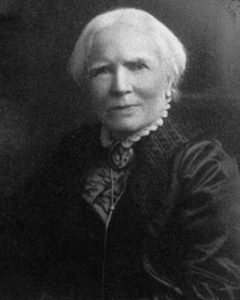 Kicking off the list, Elizabeth Blackwell is perhaps the most well-known woman in medicine. Credited with being the first-ever American woman to be awarded a medical degree, Elizabeth Blackwell championed the participation of women in the medical profession and ultimately opened her own medical college for women.
In 1857, she opened the New York Infirmary for Women and Children with her sister Dr. Emily Blackwell. Its mission included providing positions for women physicians. During the Civil War, the Blackwell sisters trained nurses for Union hospitals.
In 1868, Blackwell opened a medical college in New York City. She also made regular trips to Europe, establishing the first British medical school for women in 1874, which allowed more women to follow in her footsteps and pursue their ambition to become a doctor. In 1875, she became a professor of gynecology at the new London School of Medicine for Women. She also helped found the National Health Society and published several books, including an autobiography, Pioneer Work in Opening the Medical Profession to Women (1895).
The Elizabeth Blackwell Medal, initiated in 1949, was created as a lasting tribute to the first woman awarded an M.D. degree from an American medical school, is granted to a woman physician who has made the most outstanding contributions to the cause of women in the field of medicine.

“It’s not easy to be a pioneer- but, oh, it is fascinating! I would not trade one moment, even the worst moment, for all the riches in the world.” 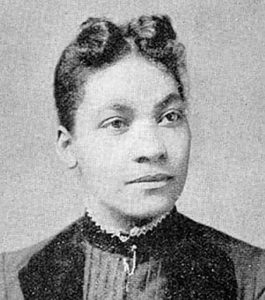 Rebecca Lee Crumpler challenged the prejudice that prevented African Americans from pursuing careers in medicine. Graduating in 1864 from New England Female Medical College, Rebecca Lee Crumpler was the first African-American woman to earn a medical degree in the United States. Following the Civil War, Crumpler worked tirelessly to provide medical care for freed slaves.
She published her book, Book of Medical Discourses, in 1883. Dedicated to nurses and mothers, it focuses on maternal and pediatric medical care and was among the first publications written by an African American about medicine. Her work included providing medical care to free slaves through the Freedmen’s Bureau, as well as poor women and children.
The Rebecca Lee Society, one of the first medical societies for African-American women, was named in her honor.

“I early conceived a liking for, and sought every opportunity to, relieve the sufferings of others.” 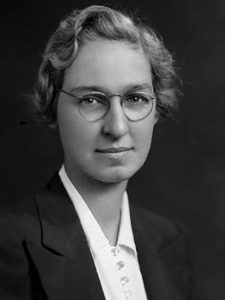 Virginia Apgar was one of very few women admitted to Columbia University College of Physicians and Surgeons in the 1930’s. She initially trained as a surgeon, but shifted her work to anesthesiology, a new field at the time that offered the opportunity to do groundbreaking work. In 1949, she became the first woman to hold a full professorship at Columbia..
Dr. Apgar was known for contributing the Apgar (Appearance, Pulse, Grimace, Activity, Respiration) score – a standardized method of evaluating newborn health after birth, which is still used in hospitals today. The Apgar score also helped Apgar and researchers quantify the effects of obstetrical anesthesia on babies which improved the fight against infant mortality.
Virginia Apgar received multiple awards and honors for her work and dedication to medicine. In 1959 when she became a senior executive with the National Foundation-March of Dimes. In 1973, she became the first woman to receive the Gold Medal for Distinguished Achievement in Medicine from the College of Physicians and Surgeons, Columbia University. In 1994, Apgar was pictured on a U.S. postage stamp, as part of the Great Americans series.

“Women are liberated from the time they leave the womb.” 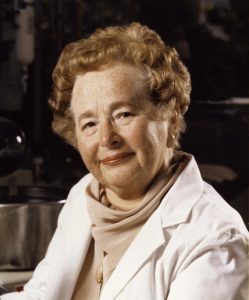 Gertrude Elion was an American pharmacologist and biochemist. Honored for her work in the field of treating diseases, Elion went on to share the 1988 Nobel Prize in Physiology & Medicine for her innovative methods for developing drugs used to treat serious diseases. This new method focused on understanding the target of the drug rather than simply using trial and error.
Elion supervised the development of azidothymidine, an AIDS treatment that prevents pregnant women from spreading the disease to their child. Elion was responsible for developing the first immunosuppressive drugs used for organ transplants, and also devised the first antiviral drug to treat viral Herpes infections.

“It’s amazing how much you can accomplish when you don’t care who gets the credit. The Nobel Prize is fine, but the drugs I’ve developed are rewards in themselves” 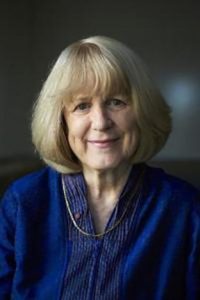 As an American Cancer Society Professor since 1995, Dr. King studies human genetics and complex traits. Her contributions to medicine include understanding the genetic susceptibility of breast cancer and identifying the BRCA1 gene, demonstrating that humans and chimpanzees are 99% genetically identical, and using genomic sequencing to identify victims of human rights abuse such as illegal adoption. Her work involves studying the interaction of genetics and environmental influences in various diseases such as ovarian cancer, inherited deafness, schizophrenia, HIV, lupus and rheumatoid arthritis.
In 1984, in Argentina, she began working in identifying children who had been stolen from their families and adopted illegally under the military dictatorship during the Dirty War (1976–1983). She has received many awards, including the Lasker Award and the National Medal of Science. In 2002, Discover magazine recognized King as one of the 50 most important women in science.

“I think there are two keys to being creatively productive. One is not being daunted by one’s fear of failure. The second is sheer perseverance.”

While these women all had a massive impact on medicine around the world, there are plenty of other female scientists, activists, and doctors who have made strong contributions to the medical field. While breaking societal and gender expectations for their era, these women have paved the way for others to follow and continue leaving their mark on medicine. Thousands of lives have been saved and will continue to be saved as a result of the dedication and hard work of these women. Today, America remains a leader in medical research thanks to their dedication to innovation. Therefore, this National Women’s History Month we honor their multiple accomplishments and contributions.